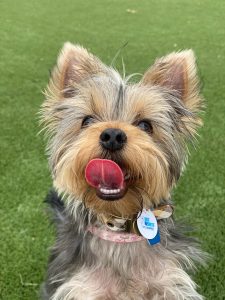 Enzo studies the mechanism of leaf abscission each fall, he loves chasing them to pick his favorites for his research. Outside of lab, he is a food critic, only selecting to eat the finest treats his mom feeds him. 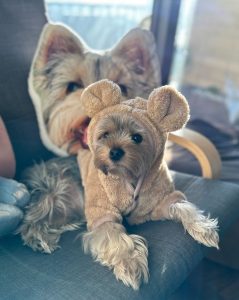 Ian investigates the smell of the soil in different season. He loves using his paw to collect samples for his study. He also loves presenting his findings to his friends at the dog park, he is very social! 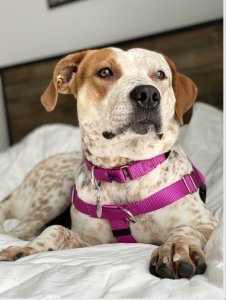 Luna is interested in everything that smells nice, specially food. She loves chasing after squirrels, although her success rate is still zero due to her dad’s efforts in restraining her. She loves naps, peanut butter, walks, and cuddles. 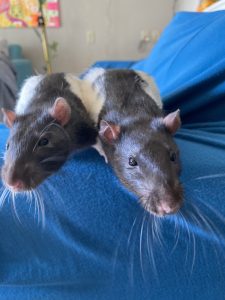 Sushi and Wasabi have research interests in foraging, digging, and fighting each other. They are experts in cheerio studies and will do almost anything for peanuts. In their free time they like to take naps in the hammock together and battle one another for big rat status. 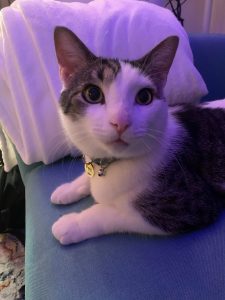 Petri (like a Petri dish) has interests in rat behavior and spends his time researching his two brothers Sushi and Wasabi. He is a very loud and emotional cat, he is never scared to say something in zoom meetings. His brothers scare him, but he is trying his best